A philanthropist who made significant contributions to the Boston area, Mary Hemenway was born in New York City on December 20, 1820.

The daughter of a wealthy family with ancestry dating back to English settlers in Salem, MA, Hemenway had a private school education and studied music and sewing in her youth. She married Augustus Hemenway in 1840. Fifteen years her senior, Augustus was successful in shipping and trade and afforded the family a large Beacon Hill home, in addition to properties on Boston’s North and South Shores. The couple had five children, one of whom, Alice1, died at the age of two.

The 1860s brought personal challenges to Hemenway: Augustus suffered a nervous breakdown and was institutionalized, and another daughter, Charlotte, died in 1865. It was during these tragedies that Hemenway cultivated her philanthropic spirit and began making her mark on Boston. She noticed that soldiers’ wives working for the U.S. Sanitary Commission lacked the proper sewing skills to mend uniforms, so she supplied Boston schools with the teachers and materials to teach sewing classes. The school system eventually took over after years of Hemenway’s financial support for the program.

1876 brought two turning points in Hemenway’s life: her husband died, and she launched the effort to save Boston’s Old South Meeting House. City officials had planned to destroy the building, but Hemenway lobbied on behalf of its educational and historic value. She donated half of the $200,000 required for the project and formed the Old South Work, an organization devoted to promoting history. That the Old South still serves the public and remains historically and educationally significant today is a testament to Hemenway’s foresight.

Hemenway’s focus shifted to health and nutrition in the 1880s. To ensure that public school students received at least one nutritious meal each day, she founded the Boston Normal School of Cookery, which trained instructors who would then teach cooking classes in the schools. She also founded the Boston Normal School of Gymnastics, which trained physical education instructors.

In 1886, Hemenway was asked to support an expedition to explore the Pueblo civilizations of Arizona and New Mexico. She contributed an initial grant of $100,000, and for eight years, the Hemenway Southwestern Archaeological Expedition studied the Zuni Pueblo and Hopi Cultures. Hemenway’s goal – to establish a museum and school in Salem, MA, focused on Pueblo culture and history – was never realized, as the expedition ended with Hemenway’s passing in 1894. The objects collected during the expedition were donated to Harvard’s Peabody Museum and the written records acquired by the National Museum of the American Indian.

Hemenway died in her Beacon Hill home on March 6, 1894, and at the time of her death, she was reported to be the richest woman in Boston. She established trusts in her will that continued to support her philanthropic causes. She is buried beside her husband and daughters, Charlotte and Alice. 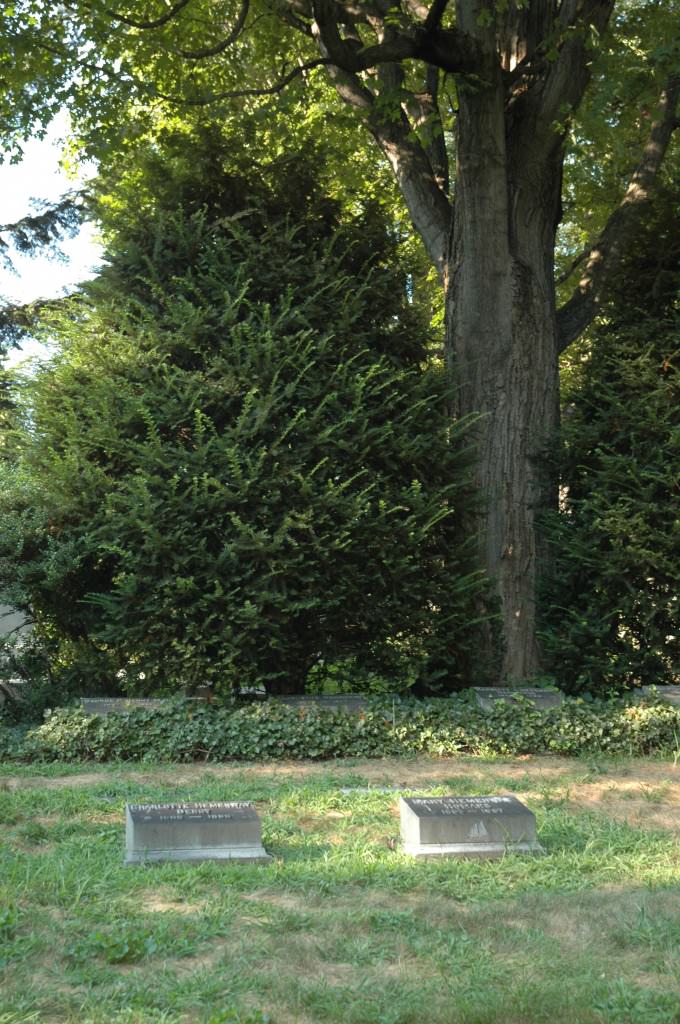 1Hemenway gave Mount Auburn $6,000 to build a fountain and ornamental grounds in the landscape opposite her family’s lot on Thistle Path. The fountain, with a large granite curb and striking spray, was built in 1863, and named after Alice. It was extremely popular during the Victorian era, but by the 1950s it had experienced so much deterioration that it had to be removed. Today, a naturalistic pool stands in its place. The financing of Alice Fountain by Hemenway created roughly 15,000 square feet of ornamental grounds for the Cemetery.