Born in Watertown, Massachusetts, on July 8, 1821, Maria White Lowell was a gifted poet.

The fifth child in a wealthy family, Lowell and her sisters were popular Watertown citizens, known for their charm, beauty, and grace. The young ladies were tutored by a governess before attending the Ursuline Convent in Charlestown. The school taught Catholic and Protestant students in tandem (the White family was Unitarian), which made the school the arson target of an anti-Catholic mob. The Convent burned to the ground in 1834, signaling the end of Lowell’s formal education.

In 1839, Lowell joined Margaret Fuller’s (Lot #2250, Pyrola Path) ‘Conversations,’ gatherings of women who discussed social and intellectual topics. These socially and politically active women inspired Lowell to involve herself in reform efforts, particularly in the temperance and abolition movements. Lowell continued these intellectual explorations with a group of friends referred to as the ‘Band,’ comprised of four brothers who attended Harvard together and their four sisters.

Lowell’s brother William invited a former classmate, James Russell Lowell(Lot #323, Fountain Avenue), along to a meeting of the Band. Immediately captivated by Lowell, James, a poet, began courting her and professing his affection for her in letters. The couple was engaged in November of 1840, and married four years later.

Lowell supported her husband’s talent for poetry and encouraged him to pursue a career as a writer. James, in turn, encouraged Lowell to do the same. Her first poems were published in 1843. Lowell’s career was promising; however, a series of losses impacted her health. She had given birth to four children over the course of five years, two of whom died before reaching age three. Exacerbated by grief, her health suffered.

Writing offered distraction and solace, so Lowell continued to produce work which her husband helped to place in Famous Poets of America and Putnam’s Magazine. Although she was a published writer, Lowell did not consider herself a poet. The family traveled to Italy in 1851, and the passing of the couple’s only son while abroad deeply affected Lowell. She died the following year, at the age of 32, in the Cambridge home, Elmwood.

Several years later, James published a volume of Lowell’s poems to circulate among friends. The collection was republished in 1907 and 1936. A total of 16 of her poems were published in her lifetime. 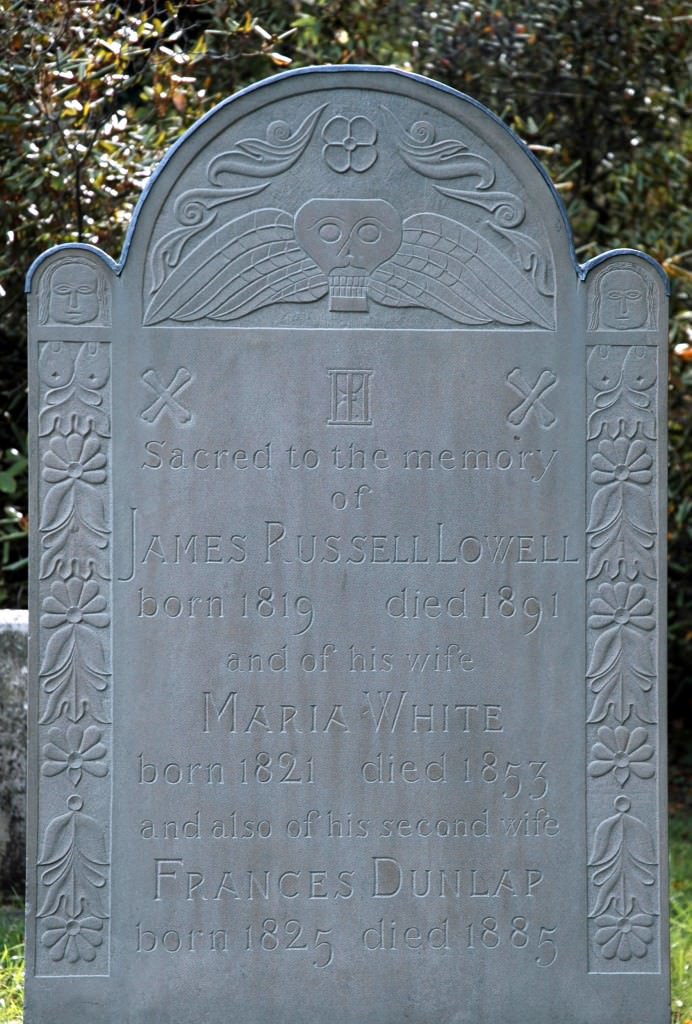 Adapted from the research of Judy Jackson and Cathy Breitkreutz, as published in Mount Auburn’s Person of the Week: Maria White Lowell, 1999.