Are you looking for the 2015 production of A GLIMPSE BEYOND?  Click here >> Thank you to all who participated in the 2013 production of A GLIMPSE BEYOND! 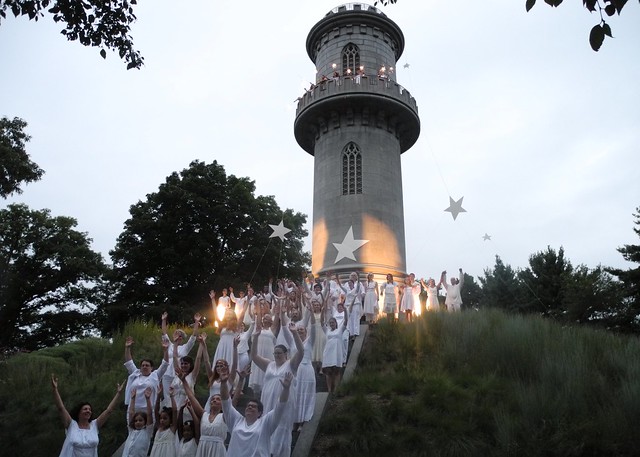 Featured Performers in the 2013 cast of A Glimpse Beyond:

Lo Galluccio (Summer, Black Sun) is a published poet, vocal artist, and actress. She is the recently elected Poet Populist of Cambridge. Lo toured Greece with a La Mama production of Iphigenia in Tauris. She has also performed with the A.R.T., the Alley, and the Asolo regional theatres. Her poetry collections, “Hot Rain” and “Terrible Baubles,” and her prose-poem memoir, “Sarasota VII,” are available at the Grolier Bookstore in Harvard Square. She has performed as a singer and spoken word artist at numerous venues in Boston and NYC, including the Poet’s Theatre, the Boston Poetry Festival, the Somerville Writer’s Festival, the Acton Jazz Cafe, St. Mark’s Poetry Project and the House of Blues. Lo graduated from Harvard and dedicates this performance to her beloved father, Tony Galluccio, who is buried at Mount Auburn.  “Black Sun” is taken from her first vocal CD, “Being Visited,” released on the Knitting Factory label. You can find Lo on MySpace and on her personal writing website.

Voices Rising is a women’s chorus founded upon feminist principles of community, inclusivity, activism, and education. Through our music, we strengthen ourselves and serve our community’s history, present needs, and future possibilities. Learn more on the Voices Rising website.

Melenie Diarbekirian hails from Maynard, MA. She began her formal dance training at the Acton School of Ballet under the artistic direction of founders Kathryn Anderson and Chip Morris, where she was also a member of the Commonwealth Ballet Company. In following her passion, she attended The Boston Conservatory and graduated cum laude in May 2011 with a BFA in Dance. Throughout her dance career she has had the privilege to perform works by José Limón, Anna Sokolow, Alwin Nikolais, Gianni DiMarco, Jim Viera, Thang Dao, Larry Keigwin, as well as works by Betsi Graves of Urbanity, and Merli Guerra and Kim Holman of Luminarium. She will be entering her third season with both companies. Melenie teaches upper and lower levels at the Acton School of Ballet, and most recently received her license to become a Zumba Fitness instructor.

Grant AME Church returns to A Glimpse Beyond with Musical Soloist BRYAIN WINBUSH, members of the Pageantry Ministry led by Dorothy Wilson, and returning Spoken Word artist CURTIS PEARSON.  The Grant African Methodist Episcopal Church is a predominantly African American yet diverse congregation in the South End that welcomes everyone. The church offers a dynamic worship experience that includes a mixture of traditional liturgy, lively choirs and an inspiring sermon from our Pastor, Rev. Ellis I. Washington. Worship begins 10am July through August and at 11am normally. Visit the Grant AME website for more information.

Hamish Blackman plays with the Stuart Highlanders Pipe Band, based in Wilmington, Massachusetts (stuarthighlanders.com), and is an accomplished soloist. He performed with the band at the Basel Military Tattoo in 2012, and will be competing at The World Pipe Band Competition in Scotland in 2014.

Martin Haroutunian  is a highly regarded musician and a student of Armenian folk music, who performs and teaches traditional Armenian wind and percussion instruments, including dap, dhol (kopal), duduk, parkapzuk, pku, shvi, sring (blul), and zurna. Martin has studied at the Komitas State Conservatory of Yerevan, Folk Instruments Department under Khachatur Avetisian and Jivan Gasparian. He was a guest artist with the Navasart Armenian Folk Ensemble of Paris, France during their United States tour with performances in Boston, New York, Fresno, San Francisco and Los Angeles. Martin has also toured with the Erebouni and Garni Armenian Folk Ensembles as principal soloist performing at various prestigious international festivals including the Festival of Nations in Albany, New York and the Wolf Trap International Children’s Festival in Vienna, Virginia. He has also has toured with Kurdish folk singer Şivan Perwer.  In 2007 Martin was invited to be recorded by Academy Award winning composer Gustavo Santaolalla for a film soundtrack. He is also featured on recordings by Raffi Adourian, Janette Khalarian, The Vardan Ovsepian Chamber Ensemble and The Komitas Project and Musaner, both directed by Ara Sarkissian  and he has played with the Chicago Symphony Orchestra, the Boston Pops Orchestra, legendary folk singer Hasmik Harutyunyan and the Cornell Middle Eastern and Mediterranean Music Ensemble. Most recently he was involved in the production of Musaner’s second CD “Once Upon A Time”. Martin currently serves on the Eastern U.S. Regional Executive Committee of the Hamazkayin Armenian Educational and Cultural Society.

Lindsay Culbert-Olds grew up in Arlington, MA and discovered her early love of being upside down and in the air through gymnastics.  She attended Circus Smirkus Summer Camp, and continued on to perform for four summers with the Circus Smirkus Big Top Tour.  After graduating high school, Lindsay spent one year at Mount Holyoke College before deciding to pursue her dream of becoming a professional circus artist by moving with her trapeze partner to Montreal.  Lindsay is currently going into her third and final year at the National Circus School in Montreal, one of the top circus schools in the world, where she is specializing in duo trapeze and aerial straps.  This summer, 2013, Lindsay will be back in the Boston area performing with a new American circus company, Frequently Asked Questions, that she co-founded with fellow classmates.  Visit the FAQ Circus site to learn more about the company and their summer tour!

We are also especially please to  announce that several works by Jennifer Fuchel will be included.  An  Artist, Designer, and Associate Professor of  Graphic Design at Suffolk University Jennifer teaches and she creates her own art using diverse media including painting, drawing, jewelry, clay works, and installations. Jennifer sees herself as someone who poses and solves questions and problems of visual communication and aims to use art & design to benefit our society and community in some way.  Her installation at Mount Auburn, called “Settings”, defies people’s contextual expectations, shifting objects traditionally seen indoors to the outdoors. By hanging frames outside to “enclose” and highlight actual works of nature instead of man-made creations, Jennifer hopes that viewers will interact with the frames and this piece will challenge people’s perceptions of the nature of art and the art of nature. How does the power of framing actually change and transform the meaning of that which is framed? Jennifer’s fine art work can be seen at Nifty Arts and at NoCa-Arts.

Under the direction of Andrea Taylor-Blenis, our dancers are drawn from the professional companies of Prometheus and the Prometheus Elders, and Urbanity.  The featured dancers also include the returning Hazel Dell Dancers, and students from The Boston Conservatory.

IVAN KORN (guitar) is a multi-Instrumentalist and composer with an M.F.A from the Boston Conservatory. Currently working with the rock band “The Mirrors Neurons” as a drummer, the poet/vocalist Lo Galluccio, and Katya Popova instrumental trio.

As a freelance percussionist, NATE TUCKER is a very active performer in the New England area. He can be heard with various pop and world music groups including Grace and the RSO and Flamenco Boston. Advocating new music in Boston, Nate is the core percussionist for Juventas New Music Ensemble and can be found performing pieces for percussion as well as composing them. Nate’s most recent compositions include: A 2012 Drumset Odyssey for electronics and drum set and Ambient Memory, electronic music for multimedia dance performance (choreographed by Peter Dimuro commissioned and set at the Boston Conservatory).

When he’s not performing or composing, Mr. Tucker is a very active audio/video engineer. He can be seen recording for CDs and live performances of anything from classical piano recitals to modern dance performances. For more info please check out NateTuckerMusic.com or look him up on Facebook at Facebook.com/natetuckermusic/.

DENISE PONS has been appointed the Artistic Director of the returning A Glimpse Beyond at Mount Auburn for their July 27-28 production.  Pons has been a professional ballet dancer and dance instructor for over 25 years.  Her professional career includes 14 seasons with the Boston Ballet and prior work with the San Francisco Ballet. As a dancer, some of her more notable roles include Swanhilda in Coppelia, Myrtha, Queen of the Wilis‎, in Giselle, the lead in Miss Julie opposite Fernando Bujones, Lady Capulet in Cho San Goh’s Romeo and Juliet, and the Boston Ballet’s Nutcracker, performing the roles of Snow Queen, Sugarplum Fairy and Coffee.  During her career, Ms. Pons has partnered with dance luminaries Rudolf Nureyev, Eric Bruhn, Mikhail Baryshnikov, Fernando Bujones, Patrick Armand and Simon Dow.  She has studied with and been choreographed by: Agnes de Mille, Maurice Bejart, Twyla Tharp, Mark Morris, Elisa Montes, David Bintley, Natalia Dudinskaya (“the glasnost Swan Lake”), Niels Bjorn Larson and Natalia Karassanova.  She toured America and Europe with Rudolf Nureyev in Don Quixote, performing lead roles of Kitri, Kitri’s Friend and Street Dancer.  She also was directed by Agnes de Mille in Rodeo, performing the role of Cowgirl.

Pons was selected as a founding cast member of the White Oaks Dance Project by Mark Morris and Mikhail Baryshnikov.  Her teaching career began in 1981 with the Boston Ballet and with numerous companies and programs, including the Walnut Hill School. She has been a frequent guest artist for Dance Masters of America, the dance faculty of Harvard Dance, the Boston Ballet Center for Dance Education, and is currently on the faculty of The Boston Conservatory Dance Division, and the Acton School of Ballet.  Since 1994, she has been a member of the ballet faculty of The Boston Conservatory (TBC) and serves as the Artistic Director of their Dance Outreach Program. The Outreach program offers lecture/demonstrations and performances in the Boston Public Schools, YMCA’s and retirement communities. Pons duties include working with Boston school officials to select material, choreograph, rehearse and stage the performance’s featuring TBC dancers.  She also developed the concept, choreography, staging and scheduling for the TBC 2010 and 2011 World Fest performances.

In the community, Pons has provided choreography, staging, scheduling, and artistic direction for the Acton School of Ballet and Commonwealth Ballet Company, and handled teaching, organization and choreography as well as set design, sound and lighting planning, costumes for 325 students for 7 performances for the Winchester School of Ballet’s full-length Nutcracker production and managed their Spring performances.  She has also provided choreography and staging for the past seven years for the Arlington Middle School musical productions of  Mulan, High School Musical, Music Man, 13, and Pete’s Dragon, to name just a few.

MARTIN CASE is a composer, producer, and performing musician. With his company, MartinCaseMusic, Martin creates music for dance, film and other multi-media experiences, both live and in the studio.

His expertise with music technologies has gained him international consulting work with McGraw-Hill, and his multi-media/film works have partnered him with Patriot Entertainment, Bija Bennett Productions and Tse Tse Fly Productions.

Martin’s production work has created numerous albums with artists such as Zieti and Dwight Graves.

The enduring theme of Martin’s work is to honor the musician’s function to create sacred sonic space for meditation, now/no-thought, and sensuous enjoyment. The nature of this work has taken Martin to the Middle East, West Africa, South America, Europe, and Asia. In Boston, Martin presently creates music for Harvard University, Urbanity Dance and the Boston Conservatory.